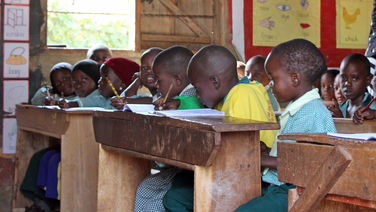 There are 430 primary school aged students and 10 staff at Mitalamaria who both practice their Islamic religion and attend regular school classes. They are committed to good hygiene as Muslims, though other students (Christians, Catholics, other) also attend this school. The head teacher is also the founder of the school and very committee to ensuring the children are safe. 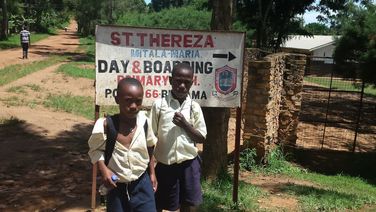 On any typical day in the school year, 800 students and teachers arrive at Mitala Maria Primary School for a full day of lessons, play time, and exams without any source of clean drinking water within their reach. Despite there being two rainwater collection systems near the school grounds, students and staff are only permitted to use the lesser of the two systems, which was poorly constructed in the 1990’s and now has substantial leaks. For a period of time, the school also attempted to meet the water needs of its many students by connecting the school to the piped national water system, but quickly found the high cost to be far too heavy of a financial burden. With no other viable option in sight, the school’s young children are forced to cross roadways and walk for nearly a mile through dangerous bush to a protected spring box, where the water is of poor quality. To provide relief for these significant health and safety challenges facing Mitala Maria Primary School’s 800 students and staff, we want to provide a critical investment in their water supply through the installation of a rainwater collection system. 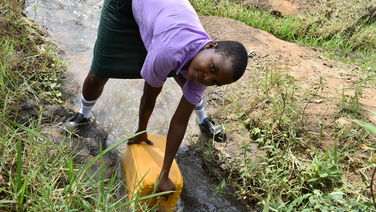 Founded in 2006 under the Church of God Kenya’s sponsorship, Muhaya Secondary School has gradually grown in both student population and academic achievements, including co-curricular activities such as scouting. But the school’s severe clean water shortage is stopping it, and its students, from reaching their full potential.(Some photos were taken pre-pandemic.) 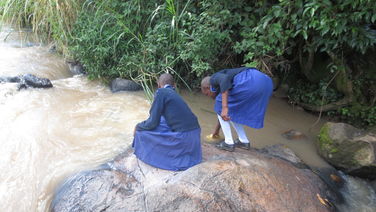 Mwikhupo Primary School was started in the year 2010 by the Church of God -which is the sponsor of the school. The school began with poor, mud-walled structures. The school approached the member of parliament who put up a few classes in the school using Community Development Funds. Pupils are expected to be in school by 6:45 am especially class seven and eight pupils. They embark on morning preps until 7:30 am and the pupils are given twenty minutes for cleaning. Sometimes it takes more time because they have to run to the river to fetch water to clean the toilets . Normal classes start at 8:00am to 9:45, then they take 20 minutes break. The next lesson starts at 10:05 am to 10:50am and then the pupils break for 10 minutes. Classes resume at 11:00 am to 12:30 when they break for lunch.Teachers, class eight and seven pupils take their lunch at school while the rest go home for lunch. They have three lessons in the afternoon which start at 2:00pm to 3:45 pm - then they then break for games where pupils do different activities according to the clubs within the school. After games pupils go back back to class for evening prep which takes about 30 minutes then they are released to go home and assist their parents.The school has a well-trained football (soccer) team which has won many trophies in the zonal competitions. 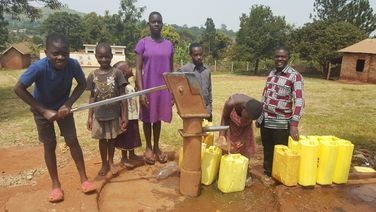 The Katwe community, including a large school in the area, relies on a borehole well that now sits in partial disrepair. A borehole well is a simple hand pump well that typically ranges from 30 to 250 ft deep. Even though this mechanical pumping system is the most common method of water delivery across Africa, the wells include so many moving parts and endure so much natural wear and tear that many fall into disrepair after only a couple of years of regular use. Additionally, many broken boreholes in Uganda use cheap galvanized pipes, which are not only prone to corrosion and rupture (leading to untenable ongoing costs for replacement after replacement), but also have been known to leak heavy metals into the drinking water. By bringing in a crew to repair the broken parts of the Nakawuka Modern Borehole, upgrading its materials to stainless steel, and working with the community's leaders to train them in how to care for it, we will fix the primary water source for 1,000 people and prevent similar problems from occurring in the future. 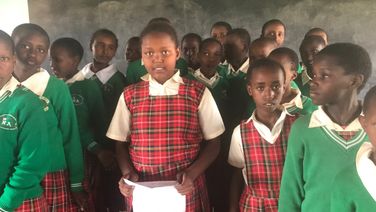 The Nasaruni Academy for Maasai Girls has been in operation for 13 years. Narok is located in the heart of the Maasai population- the largest number of Maasai people in one area. Nasaruni serves a very rural area that is dotted with family Maasai manyattas that live a typical Maasai life as extended family units. Until recent years, most Maasai girls were not attending school. Nasaruni Academy began with one small building serving 13 girl students. The school has grown, adding classes to grade 8, and now serves over 120 students. Young Maasai girls are often married off at a young age, and without an education do not have the knowledge and skills that lead to educational opportunities. By providing access to school, these girls are able to participate in education and will soon have access to a new secondary school currently being built on the campus. Girls will continue their education through high school and be better prepared for the future. Nasaruni Academy is helping girls and their families write a new future full of hope, health and empowerment to lead to success.  For the school to attract high-quality teachers who will remain on-site for multiple years, teacher facilities must be addressed. 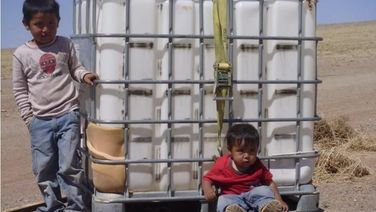 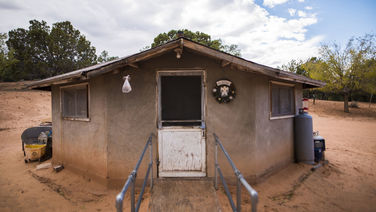 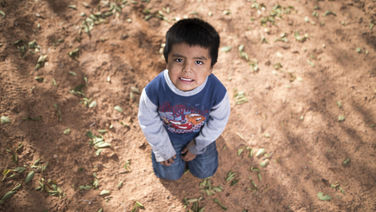