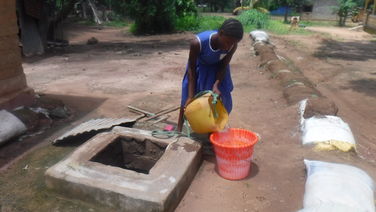 SLMB Primary School is one of the oldest and most prevalent primary schools in Kalangba Junction and its surrounding communities. This school was founded by the SLMB mission with the main aim of providing primary education to children in Kalangba Junction community and nearby communities. This school provides an opportunity for children to attend primary school without needing to migrate to big towns.The school started with an enrollment of 160 boys and 40 girls. There were 3 male teachers and no female teachers at that time. The school started under a single building that was partitioned into the various classes. There was no latrine facility at the school when it was founded.Presently, the school comprises of three buildings that are built with cement bricks and roofed with zinc. The school buildings are painted in yellow at the top and brown beneath. There is a temporal fence made with local sticks at the from entrance of the school. There are dwelling houses around the school compound and each of those houses are shaded with huge mango trees. The environment of this school is tidy except for the two-latrine area at the school. The use of the latrine facilities without water at the school is leaving the area in an unpleasant situation. There is a large playing field at the back of the school building where the pupils and other youth in the community play football or do other sporting activities. The soil formation of the field and the school is encompassed with a sand which is quite comfortable for the children to play. 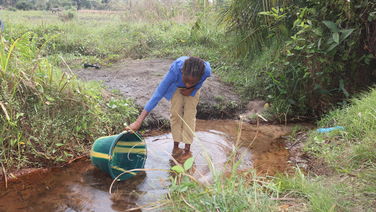 Lokomasama, Laminaya 2 Village SLMB Primary School was founded by Mohamed Kargbo in the year 1985. It is  one of the prominent Primary Schools in Lokomasama Chiefdom and it serves the entire surrounding community. When developed, there was no primary school in the surrounding communities and children walked far distance to attend school in other communities. With the help of Mohamed Kargbo this school was established for the entire community to serve as learning center and lessen the burden of children walking far distance to attend school. The school began with one building with three classrooms, and 310 children; 200 boys and 110 girls. There were four staff at that time; three male and one female. Currently, the school has a total of 243 children attending the school; 130 boys and 113 girls. There are three staff in the school, and all are male. There is a single building with three classrooms. Two building latrine structure and each building has six pits, one building for boys and one building for girls. 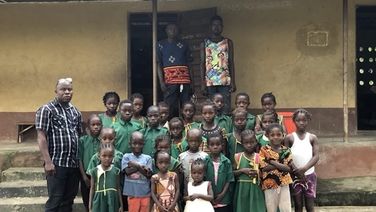 Sunga is 5 miles southwest of Tikonko Town in the Southern Province of Sierra Leone. The road between Tikonko and Sunga is a dirt trail, and difficult to navigate during the rainy season. The adult literacy level is extremely low with only 5 women and 10 men able to read or write. The main source of income is subsistence farming for both men and women, growing rice, cassava, bennie (sesame seed) beans, and yams. Sunga has a Christian church and a mosque (Islam) with Christians and Muslims living in harmony. Sunga has only one water pump which is often faulty, and the school has no well, so the swamp is the source of water. Sunga is 5 miles from the nearest health facility and hosts one of RHCI’s mobile outreach clinics. Sunga Primary School, grades 1-6, is a government-assisted school. Enrollment in September 2022 was 200 pupils as some pupils had not started attending due to agriculture work and the rainy season (At the end of the last school year, 300 pupils were attending). In addition to Sunga, enrollment includes pupils from the villages of Magbema, Mbawomahun, Gibina and Sogbehun. This school, established in 1999, is about 30-40 meters from the village and has only 2 paid teachers and one volunteer.